How to Love Everyone? 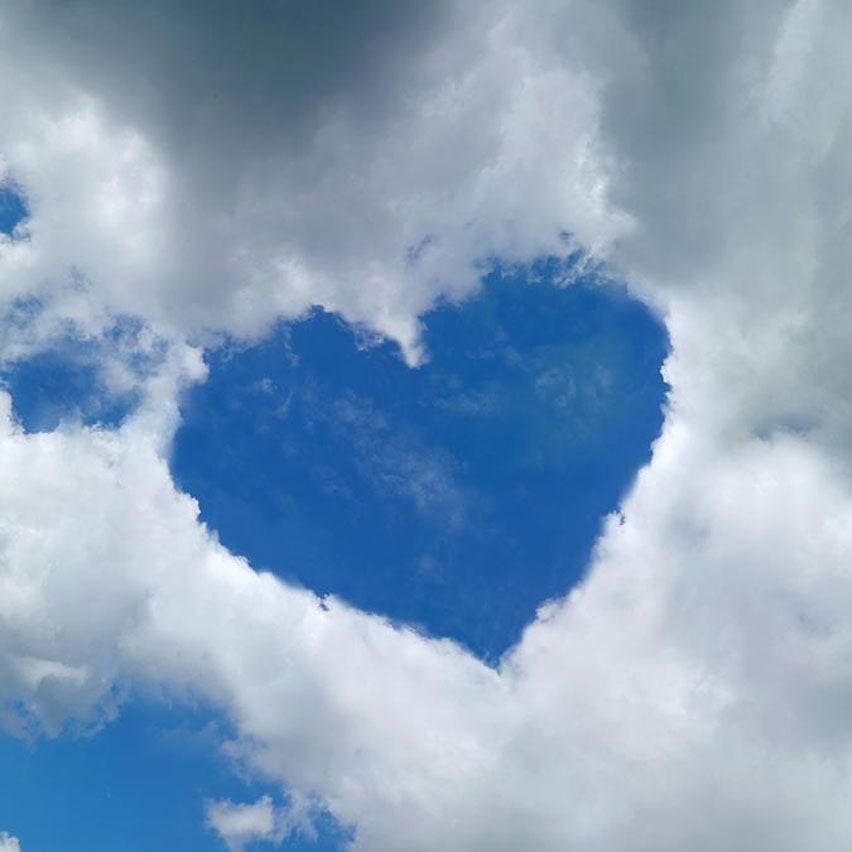 We are all familiar with these phrases —

The list probably will never end, but you get the idea. Now, the word “love” is common in all those phrases. But if you read more closely, the love seems to hold different meanings because of our relationship with the particular “lovable” object. In one instance, it is about eating that object, in another, it is being with a particular person, in another, it is entertainment for the mind, eyes and ears.

When there is love, there should be concern for the other party’s wellbeing and happiness. For example, if someone says, “I love chicken,” it is obvious that the person has no regard or concern for the chicken. What he is concerned with, rather, is the satisfaction of his tongue. So actually, he has no love for the chicken but for his own sense pleasure. In this way, if we analyze, all the things that we “love” are not actually what we really love. Those things bring gratification to our senses and mind and that sense gratification is what we really are after. Anything that facilitates our sense gratification is accepted by us as pleasurable.

In his purport to Śrī Caitanya-caritāmṛta Ādi-līlā 4.165, Śrīla Prabhupāda further describes: “Acts of sense gratification may be performed under the cover of public welfare, nationalism, religion, altruism, ethical codes, Biblical codes, health directives, fruitive action, bashfulness, tolerance, personal comfort, liberation from material bondage, progress, family affection or fear of social ostracism or legal punishment, but all these categories are different subdivisions of one substance — sense gratification. All such good acts are performed basically for one’s own sense gratification, for no one can sacrifice his personal interest while discharging these much-advertised moral and religious principles.

But above all this is a transcendental stage in which one feels himself to be only an eternal servitor of Kṛṣṇa, the absolute Personality of Godhead. All acts performed in this sense of servitude are called pure love of God because they are performed for the absolute sense gratification of Śrī Kṛṣṇa. However, any act performed for the purpose of enjoying its fruits or results is an act of sense gratification. Such actions are visible sometimes in gross and sometimes in subtle forms.” 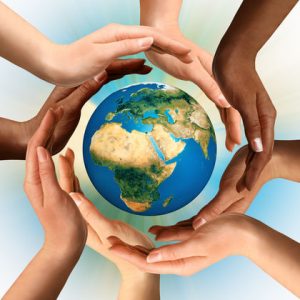 There are some people who apparently sacrifice for another’s pleasure. For a novice observer, it may resemble love. For example, a breadwinner of a family works hard for his family’s happiness. Some sacrifice their happiness and their family’s happiness for their country’s cause, like a patriotic soldier. Others take up humanitarian causes. Some take up campaigns like “Save the Earth.”

Although they appear as selfless love, as Śrīla Prabhupāda puts it, they are only extended sense gratification. A family man works hard for his family because it is his family. A soldier or nationalist will die for his country because it is his country. He may not have the same sentiments for people of another country. A humanitarian works for other humans because it is his species. A save-the-earth activist does so because the planet is hisdwelling place. Now that it is slowly becoming clear that industrial development is heralding large-scale destruction to the human race in the near future in the form of global warming and other disasters, people have taken up the cause seriously. As long as it did not seem to threaten our existence, it was not a serious issue of concern.

This conception of “I” and “mine” is called in Sanskrit as aham-mamatā. The materialist works on this platform. Unless there is some immediate or remote satisfaction of his senses or mind, he will not endeavor for anything. All these considerations are based on his bodily concept of life. In other words, he identifies, or rather, misidentifies himself as his temporary material body and he thinks that all that is pertaining to his body is his subject of interest. Therefore, it is considered separated selfish interest or sense gratification. This sense gratification is a product of ignorance of his real existence.

FROM LUST TO LOVE

When such a sense gratifier becomes fortunate by coming in contact with a pure devotee of Lord Kṛṣṇa, he becomes enlightened in accordance with the Vedic literatures that he is not the temporary body, but an eternal spirit soul, and that he is an eternal part and parcel of the Supreme Personality of Godhead, Śrī Kṛṣṇa. Firmly fixed in this knowledge, he gives up all plans for sense gratification and engages himself in the devotional service of Kṛṣṇa only for His satisfaction. All his interests are thus dovetailed with the interests of the Lord. This is pure love of Godhead.

Just as the leaves and flowers are automatically nourished when the root of the tree is watered, the pure soul, uncontaminated by lust, automatically becomes situated in boundless transcendental happiness by serving the Supreme Lord, who is the root of his existence. He thus gets naturally attracted to the transcendental name, form, pastimes, abode, paraphernalia and entourage of the Supreme Lord, which are nondifferent to Him. Having thus tasted such a nectarean mellow of devotional service, he feels all material happiness to be tasteless in comparison. He is thus freed from the material disease called lust.

“The desire to gratify one’s own senses is kāma [lust], but the desire to please the senses of Lord Kṛṣṇa is prema[love].”

In the Nārada Pañcarātra, devotional service is explained as follows:

“Bhakti, or devotional service, means engaging all our senses in the service of the Lord, the Supreme Personality of Godhead, the master of all the senses. When the spirit soul renders service unto the Supreme, one is automatically freed from all material designations, and one’s senses are purified.” With such purified senses, one will never engage in sense gratification anymore.

When one achieves love of God, and is engaged in His devotional service, he sees that all living entities are intimately related to Him, just as children are intimately related to their father. Knowing that all sense gratification leads to misery, such an enlightened soul then feels for the sufferings of the foolish materialists who are making elaborate plans for their sense gratification. Thus his love of Kṛṣṇa extends to all living entities. 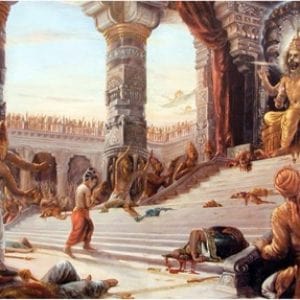 Prahlāda Mahārāja describes this pure feeling of a Vaiṣṇava, a pure devotee of the Lord, in Śrīmad Bhāgavatam 7.9.44:

“O Lord, I am not at all afraid of material existence, for wherever I stay I am fully absorbed in thoughts of Your glories and activities. My concern is only for the fools and rascals who are making elaborate plans for material happiness and maintaining their families, societies and countries. I am simply concerned with love for them.”

Thinking thus, a pure devotee sets out to perform the greatest welfare activity which is to preach the message of the Absolute Truth to the suffering humanity in order to raise them to the standard of Kṛṣṇa consciousness. Welfare activity means giving relief. By propagating Kṛṣṇa consciousness, the pure devotee, in one stroke, gives complete relief to the suffering souls by ending their material existence. Needless to say, all other concomitant miseries are automatically mitigated.

THE MEANS TO ACHIEVE LOVE

Love can only manifest in relation to Kṛṣṇa. Anything other than Kṛṣṇa consciousness is sense gratification, and therefore, lust. We must rise from the platform of lust to the platform of love. That is possible simply by chanting the Hare Kṛṣṇa mahā-mantra:

By thus associating with the supremely pure Personality of Godhead in His sound vibration, His holy name, our heart becomes cleansed of the dirt of lust and pure love of Godhead will automatically sprout. This is the special benediction of Śrī Caitanya Mahāprabhu. 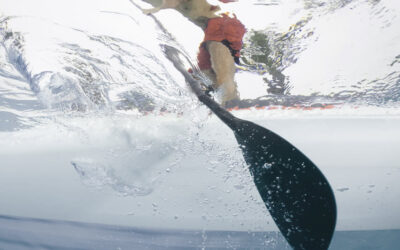 There is a type of detachment or renunciation that occurs when we are baffled in our attempts at enjoyment. There are three allegories that illustrate this point. Allegory 1: Sleeping on the Floor...

END_OF_DOCUMENT_TOKEN_TO_BE_REPLACED 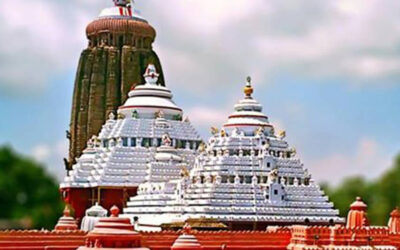 Time has witnessed the passing of many cultures and civilizations over thousands of years just as the sky witnesses the passing of clouds. The Vikings, Mayans, Greeks, Romans, Pharaohs of Egypt are...

END_OF_DOCUMENT_TOKEN_TO_BE_REPLACED 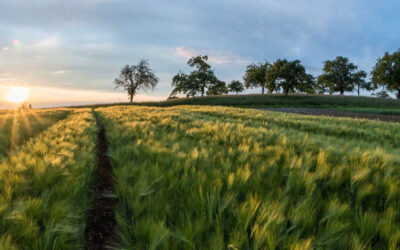 What is First-Class Culture?

REDEFINING CULTURE Think of life as a field and the harvest as what you want to achieve in life. Now, the process that transforms an empty field into a bounty harvest is called agriculture....